Despite the ongoing student loan crisis at the moment, the statistics of jobs that pay well still demand a college degree. Now, where a college degree comes from, what the economy of your geographic region leans on, and a whole host of other factors certainly play a role. Yet, despite all of this, according to the Bureau of Labor Statistics the only jobs with a median pay currently over $75,000 in 2018 and whose projected growth rate is “Much Faster Than Average” are those associated with a minimum of a bachelor’s degree or higher.

Jobs by degree classification are listed in alphabetical order:

In the end, college must be about our own personal growth towards what we believe is best for us. However, many students and families lack the information of the plethora of opportunities and career paths that are available to them. For African Americans this becomes especially true and results in a tendency towards low-paying career paths. A fundamental problem for a community that needs higher-earners desperately. The demand for these jobs is high and pays well. Who is to say one can not major in Art History and still become a veterinarian and build enough wealth that they can retire early and afford to teach art history in their community for free? Or open their own gallery? Building wealth early gives us opportunities later and in that vein, we hope this information provides a bit more for your educational arsenal.

Every Saturday the HBCU Money staff picks ten articles they were intrigued by and think you will enjoy for some weekend reading impacting finance and tech.

Mozambique’s poverty reduction was only half as fast as what Sub-Saharan Africa achieved. / @WBPubs wrld.bg/fGUH307nxky

These are the values shared by the most innovative companies / @wef wef.ch/2i5cXKr

Your walk could be a password that connects devices on your body / @newscientist ow.ly/6XK2307MkQn

Dell’s new laptop leaves the power cord in the past / @nwtls ow.ly/vaj8307MkGZ

This robot can beat you at chess, then serve you coffee / @CIOonline ow.ly/Xhph307Mkwc

Scar-free wound healing could be on its way / @nwtls ow.ly/iNLh307Mks7

Insects are the real rulers of this world. How did they pull that off? l New Scientist http://ow.ly/UitRa

Gene editing has saved the life of a girl with cancer – a world first l New Scientist http://ow.ly/Uin3m

Could Detroit become the next Silicon Valley? l Computerworld http://ow.ly/UiIoM

Researcher says Michigan could get to 100% renewable energy by 2050 l Renewable Cities http://ow.ly/U928P

Check your bank accounts on a weekly basis to ensure purchases are yours l Philadelphia Fed http://ow.ly/TQT6s 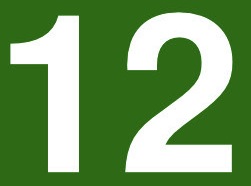 Saying yes to NO college IT careers l Computerworld http://ow.ly/MWZbF

Yellow neurons in this mouse’s brain have been rewired l New Scientist http://ow.ly/MWZxU

Composting turns waste into wonder. Learn how easy it can be l EPA Research http://ow.ly/MFAne

The strengths and weaknesses of every personality type l World Economic Forum http://wef.ch/1HgHprm

You can tell how wealthy a country will be by the quality of their education l World Bank http://wrld.bg/MUNKX

What do oil prices mean for the economy & consumers? Watch the webcast l Atlanta Fed https://goo.gl/1GUd43

A recent internal study by HBCU Money using data compiled by the Project on Student Debt paints a very grim picture for HBCU graduates. If one is to couple these results with the current financial demographics of income and wealth for African America as a whole it starts to beg the question if we did not put the cart before the horse. An educated African American population completely dependent on private employment controlled by other communities and copious dependency upon public sector jobs for which we ultimately have little control over. Historically, that argument is seeded in the debate between the philosophies of Booker T. Washington and W.E.B. DuBois. Washington believed that economic development should have occurred prior to development of the liberal arts within African America. Dr. DuBois favored agitation for social change and access to mainstream institutions. Parts of his philosophy would serve as a precursor to the integration movement a generation later that some would argue left African American institutions socially and financially crippled thereafter.

HBCUs served 99 percent of the African American population obtaining higher education prior to desegregation while today that number has dwindled to the neighborhood of 10 percent. This steady but rapid decline over the past 60 years has had long-term impacts on HBCU endowments not least among them the probability of producing high quality donors and large alumni populations. The latter being integral since only an average 13 percent of alumni donate nationwide. 13 percent of a small pool of alumni who have 50 times less wealth than the two leading diaspora groups in America did not and does not bode well for HBCU endowments closing the endowment gap. HBCUs losing 90 percent of their core demographic over the past 50 years has made its pool of alumni significantly smaller than it otherwise would have been and therefore indirectly had a significant impact on HBCU endowments. As a result, today’s education seekers at HBCUs are almost guaranteed to graduate with student loan debt and a significant amount of it while being expected to close the wealth gap despite only earning $0.46 for every $1.00 their Asian American counterpart earns. Unfortunately, many in HBCU leadership refused to adjust to this reality then and now – as we see in the continued chase of athletic budgets that could be going toward general student aid.

The results were paired against America’s 50 largest universities by endowment which surprisingly varied by geography, public and private status, and school size eerily similar to that of HBCUs. The Project on Student Debt reports that 66 percent of all college graduates will have student loan debt and average debt of that graduate is $26 600. Again, the number in parentheses shows the comparative results from the universities of the 50 largest endowments.

These statistics show that HBCU students are 35 percent more likely to graduate with debt than the national average and 93 percent more likely to graduate with debt than someone from a school with a top 50 endowment. Unfortunately, there is no way to break out the African American student loan debt data of those attending those HWCUs which would help control for family resources playing an integral part in the difference. It is hard not to speculate that given top 50 endowments ability to provide more low-income based aid that the student loan debt is potentially lower for African Americans at HWCUs both in terms of percentage of those graduating with debt and how much debt. It should be noted though that these low-income students are usually academic overachievers and rarely run the academic gambit that HBCUs serve. Despite HBCUs on a whole being cheaper to attend, students are still finishing with 8 percent higher debt than the national average and 33 percent higher debt than those at a top 50 endowment institution. At first examination nonfederal debt (private loans) as a percentage of a graduate’s debt appears to be an HBCU advantage in that only 8 percent of HBCU graduates debt is composed of private loans versus 27 percent for those at a top 50 endowment institution. Further examination though suggest this is a result of family resources. African American families are less likely to have access to the capital and credit to secure private loans which can often be the difference between a student’s ability to stay in school and having to drop out for a variable amount of reasons. The lack of private debt has strong correlation between the institutional weakness of African American owned financial firms primarily banks and credit unions. Lastly, Federal Pell Grant percentage is a fairly direct reflection of the median net worth of African America which is last among all diaspora groups in America according to the latest Pew research.

We could spend years playing the blame game of why this situation is as it is. Unfortunately, African America does not have that kind of time. Student loan debt is fast becoming the current and upcoming generation’s means of separating the have and have not in terms of wealth and asset accumulation. A wealth gap that has grown from $85 000 to $237 000 over the past 25 years according to the Economic Policy Institute between African Americans and European Americans. The reality is that even if we could take student loan debt down to zero for our graduates the wealth gap would still be quite pronounced and an uphill struggle would exist. However, HBCUs can start to do their part by not making an already burdensome situation worse with more creative means of reducing student debt loads. An out of the box approach to this situation is needed and recognition that the African American financial situation is unique and more importantly in crisis. Mimicking the “American” higher education institutional strategy without taking into account the African reality is a recipe for disaster. Alumni, administrators, and our community must take up solving this problem because “education at any cost” is something we simply can not afford.