There was a time when you thought of beer, it was a beverage to accompany you to picnics and ballparks. No one was doing anything innovative or creative with beer. Fast forward to now and crafted beer makes up 98 percent of all breweries in the U.S. This in no small part is due to the support of craft beer lovers. But who are these craft beer lovers?

In an industry that nets 107.6 billion dollars annually a 2014 survey conducted by Neilsen found that African Americans rank a minute 3.7 percent of all craft beer. And of that 3.7 percent, how many are Black women? To quote 702’s song “Where my girls at?” Now do not get me wrong, we are not non- existent and there are Black women in the industry as brewers, bloggers, owners, culture and lifestyle branders, but the numbers are minute. With society and lifestyle brands like Dope & Dank co-founded by a Black woman Beny Ashburn, who advocates diversity in the dank world of craft beer.

But in a decade of sustained growth, the craft industry has largely ignored minorities and in the past, diversity meant white women. And even today it only in a small part means men of color. So, where do we (African American women) fit in?

In 2017, Craftbeer.com listed 8 women in craft beer who are making a mark, and none were Black. No mention of Celeste Beatty, founder of The Harlem Brewing Company, or the fact that her beers are available in 39 Wal-marts across New York. In April of this year The Brewers Association, an organization dedicated to small and independent American brewers, named a Black woman J. Nikol Jackson-Beckham their first diversity ambassador. I tried unsuccessfully to interview Dr. Beckham about what a diversity ambassador does. Hopefully future dialogue about what diversity means in craft beer and what’s missing.

While recently watching a video of Alisa Bowens-Mercado the first African American woman brewing beer in Connecticut canning her own unfiltered lager named Rhythm I noticed she was the only woman of color present in the video. She is quoted as saying she would like to “see more women in the industry, more brewing, more women canning.”

Since craft beer has mainly been a white man’s game and only recently included men of color and even more recently white women, black women have a few hurdles to leap before we can be acknowledged and respected. The predominately boys club has also made it clear that they are not interested in our taste or opinions on beer unless a pair of breasts accompany it. So first we have to overcome sexism seals then race.

A lot of breweries do not even consider African American women as their consumer because Black women are not being seen drinking or purchasing craft beer. When I am in line for a can release I’m one of few women and the only Black woman in line. We do not feel included so we do not show our love for it and our opinion isn’t largely sought after because we aren’t present.

And finally, an issue I’ve seen with my growing presence on social media is lack of support to one another. I see our white counterparts trade, share, follow, repost and support one another on their craft beer journeys, but a huge lack of support amongst each other. Women are often pitted against each other in every facet and culture of life and the craft beer community is no different. I especially see it among black women. I say this having experienced more support, follows, shares, trades and paid appearances through white men. I see black men get together and have a guys weekend of comradery, fellowship and mutual love of craft beer. I know there are Black women who love craft beer, so how about we show the industry what we have to offer it. Cheers Black Women and if you see me, next rounds on me.

Della Fain is an Chitown native Arizona resident. Married mother of 3. She’s also a contributor to Bourbon Zeppelin giving bourbon barrel aged beer reviews. You can follow her on Instagram at @sixfeetofdynamite.

A Mother Of Three, Two Fathers, A Boyfriend, And 20 Dollars: The Harsh Reminder Of African America’s Financial Existence

Poverty is the worst form of violence. – Mahatma Gandhi

If you have not heard by now, there is a text conversation (pictured below) that went viral among #BlackTwitter concerning a (assumed African American) mother of three who asked her boyfriend for twenty dollars so her three kids who were not his could go on a field trip since their fathers supposedly did not have it to give her and she did not have it herself. Needless to say people were appalled from every angle. Many men could not believe she was asking her boyfriend to pay for kids that were not his and many women could not believe the boyfriend would not give his girlfriend the money since it was in many opinions – JUST twenty dollars. The two fathers were largely spared much critique aside, but according to the mother neither had it to give her, which is what made her turn to the boyfriend in a last resort. That four (assumed) African American adults could not come up with twenty dollars seems almost unbelievable, but there is a reality that this may have been exactly the case.

The addage that men lie, women lie, but numbers do not maybe quite fitting here. One in four of all Americans have no money in savings according to a recent study by Bankrate.com. Although the study does not break out race, it is often seen in every statistical category about wealth and income that whatever cold America has, African America tends to have pneumonia. It is fair to say that the likely percentage of African America with no savings is possibly well over 50 percent, but the numbers and story does not end there. A few other economic statistics to note:

Now, put that last statistic against the average rent in the U.S. as of 2016, which is $1,050 and in essence African Americans exist in a perpetual negative financial existence. That none of those four individuals potentially had twenty dollars to spare is the harsh reality of most African Americans, a situation that becomes even more acute among low-income and working class African Americans whose education and job choices may leave them in a constant state of uncertainty financially. This is to say nothing of the impact that the children’s potential deficit of exposure and beneficial experience the field trip would have provided them, a serious issue worthy of its own exploration when it comes to the development aspect of African American children.

For many of us, the number could change to 50, 100, or 200 dollars and we would find ourselves in a similarly uncomfortable conversation. It also speaks to the lack of support system around this mother and her children from her own family who may also be facing financial angst. There are a lot of layers to this story that much we can be for certain. We can certainly explore the systemic issues and lack of financial aptitude that face our community and the like, but what we should not be is quick to judge any of the individuals in this situation without truly understanding the full breath of our community’s reality. 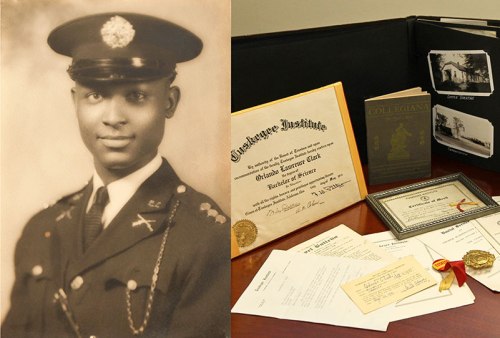 If charity is any economic indicator, then wealthy donors have retrenched their nervousness about the economy as a whole. Two years ago, $1 million dollar plus donations to colleges and universities were under 500 such charitable gifts for the first time since 2012. Last year, that was reversed to almost 600, but the reversal was not to be sustained in 2017 where once again less than 500 donations – only 460 to be exact were of the $1 million dollar plus variety to colleges and universities. The largest donation made its way to UC-San Francisco to the tune of $500 million by the Hellen Miller Foundation whose source of wealth stems from real estate. For perspective, this donation is an amount equal to twenty-five percent of all HBCU endowments combined.

For HBCUs, the trend has been a constant struggle to get back to 2014 when nine such donations were made to our institutions. Since that time, not more than five have occurred in a given year in the past three years and this year marks the lowest number with only three donations of $1 million plus. That HBCUs can not even garner three percent (the number that HBCUs represent as a total of all American colleges and universities) marks a continued challenge in the financial arms race that is happening among higher education institutions as the shifting landscape of the 21st century unfolds. Without the transformative donations, HBCUs remain reliant on tuition revenue and at risk in competing for talent both among faculty, students, research, and infrastructure. What is the solution to this philanthropic Rubik Cube? As with most problems, there is more than one solution, but there is no doubt those solutions need to come fast and soon.

Source: The Center for Philanthropy