The Cultural Danger Of Covid-19: A Devolution Of Intellectual Progress

“A man only learns in two ways, one by reading, and the other by association with smarter people.” – Will Rogers

I am rarely one who likes to write qualitative pieces over quantitative ones, but for the moment I am going to make an exception. I can give you numbers about how the economy is suffering and is going to continue to suffer for the foreseeable future. I could give you the number of cases, deaths, lack of PPE numbers, and percentage of overworked medical and essential workers. I could go on and on and on with numbers, I am economist after all, but here is the reality of all those numbers – they are bad, real bad, and will be bad for sometime to come. Instead, what I would like to discuss is an acute qualitative cultural loss we may potentially experience and perhaps give us an opportunity to think about what this very new world could look like that we are about to embark upon if we are not proactive in maintaining a core essence of our humanity.

The world we are entering will be far more online and far more physically distanced from each other both on a micro level and global macro one. Everything from work, school, and socializing. Many would argue that online college is the way of the future. This maybe true, but people forget one of the most critical components of college in person is the social aspect, the relationship building that simply can not currently be replicated online. A few decades ago, I was a freshmen at Livingstone College in Salisbury, NC and there I would meet my three best friends that I am sure will be that for the rest of my life. Our meeting was happenstance. None of us had the same major, personality, or interest. We called ourselves the Variety Pack because nothing about us was alike, but alas, we found each other, bonded, and formed a brotherhood that has stood the test of time. For all the differences of course, two of us did share the same Algebra/Trigonometry class. The class was an 8AM class and the pain of getting up for it when you are not a morning person can not be overstated in my case. However, myself and Rashad, the one of the said Variety Pack with whom I had the ungodly morning class with, loved to sit up and debate theology many nights. Rashad was/is a devout Christian. I on the other hand am something of a spiritual nomad you might say, but am fascinated by the intellectual aspect of religion. One particular night in our dorm hallway we got into one of our intense discussions and the hours clearly raced by because before we knew it the sun was rising. Sleep? Forget about it. We both agreed we would get ready and meet for breakfast and try our best to stay up through class. Moments like these and many more are what built our bond and there is simply no way to replace it online. People from different backgrounds meeting, sharing an experience, bonding, learning from each other, evolving, and developing their understanding of the world.

Simply put, COVID-19 has the potential of sending us back to the dark ages in terms of cultural evolution and development. Thousands of students who study abroad every year will no longer get to do so. Student exchanges, especially from China and Asia in general, will be looked at with heavy skepticism if considered at all. Americans, who are already known to be culturally hubris and inept, often failing to travel much and experience culture even within the United States will be even more isolated. Tourism and vacations that allow us to experience distant lands and bring back with us new ideas will be vastly reduced. Academic tourism for professors who may themselves spend time as visiting professors at different universities will be greatly hampered. Cultural developments like fusion cuisines from different parts of the world will retrench and much more will simply begin to deteriorate. The rise of intellectual incest, a term I use when someone or an institution is only receiving ideas from the same petri dish of thought. If a student receives all of their degrees for instance from the same institution, this would be an example of intellectual incest. Because the world is now going to shrink itself in an effort to protect itself, there is a unknown danger that may start to form. We have seen the world where people are exposed to different cultures, ideas, and ways of life and we have seen a world where people are isolated and xenophobia forms out of it.

The danger that we become a less tolerant, less compassionate, less understanding, and less intellectually evolved is a real possibility that could have far reaching societal implications for future generations. In a world where terroristic nationalism has been on the rise in far too many countries, COVID-19 may give many the “pass” they have been looking for to justify retrenching from a world that was evolving and developing towards efficiency of its intellect. Sharing best practices the world over is something we need more of and not less. This is by no means to say we were in Utopia. I do not believe in Utopia and not sure I would I enjoy living in it. Conflict has its place within measure in a society. Disagreement has its place within measure in a society. My Global Economic Environment professor, Dr. Catherine Mann, taught me years ago in business school that if you do not truly understand your opposition’s position, then you can not truly understand your own. To this day she is one of the most brilliant and wisest people I have ever met and there is an acute truth in what she said. How does one know their position is best if they have nothing to compare it with? Plan A maybe good, but an objective view of Plan B may allow it to have tweaks made to it that can make it great or perhaps it is Plan AB that is great. Without that engagement, we will be taking steps back in the interactions that create evolution and development of thought.

I am not sure when we will come out of this state we are in and I am not sure how we will be when we do. What I do know is that fear can drives even the fiercest animals into hiding and that fear for humans could undo hundreds of years of intellectual progress. Great ideas will become fewer and farther apart if that is true. The grand ideas of humanity like cleaning up pollution, reaching Mars and beyond, eliminating poverty, and so many more will take hundreds of years longer to accomplish than they otherwise would have. Yes, the world has forever changed and we will have to interact with each other differently, but make no mistake about it, we must continue to interact. Can you imagine a world where peanut butter never met jelly? Neither can I and I do not want too. 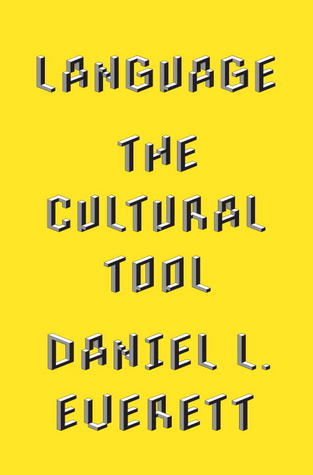 A bold and provocative study that presents language not as an innate component of the brain—as most linguists do—but as an essential tool unique to each culture worldwide.

For years, the prevailing opinion among academics has been that language is embedded in our genes, existing as an innate and instinctual part of us. But linguist Daniel Everett argues that, like other tools, language was invented by humans and can be reinvented or lost. He shows how the evolution of different language forms—that is, different grammar—reflects how language is influenced by human societies and experiences, and how it expresses their great variety.

For example, the Amazonian Pirahã put words together in ways that violate our long-held under-standing of how language works, and Pirahã grammar expresses complex ideas very differently than English grammar does. Drawing on the Wari’ language of Brazil, Everett explains that speakers of all languages, in constructing their stories, omit things that all members of the culture understand. In addition, Everett discusses how some cultures can get by without words for numbers or counting, without verbs for “to say” or “to give,” illustrating how the very nature of what’s important in a language is culturally determined.

Combining anthropology, primatology, computer science, philosophy, linguistics, psychology, and his own pioneering—and adventurous—research with the Amazonian Pirahã, and using insights from many different languages and cultures, Everett gives us an unprecedented elucidation of this society-defined nature of language. In doing so, he also gives us a new understanding of how we think and who we are.