First published on June 1, 2012 for the 91st anniversary of the Black Wall Street Massacre and a foreword from an article done by the Atlanta Black Star.

Remember that life is neither pain nor pleasure; it is serious business, to be entered upon with courage and in a spirit of self-sacrifice. – Alexis de Tocqueville

This is the first year I’ve had a chance to remember Black Wall Street on the very day that in a 12 hour battle a model community of American aspiration would be destroyed. It has always been at the heart of my economic and institutional development beliefs. I once railed on twitter that I wish Spike Lee would make the movie of Black Wall Street. Although, I dare say he’d run into even more problems than he did with Malcolm X. The threat of social and economic power coming to African America is much more frightful than one man.  I’ve even griped that my issues with Dr. Cornel West and his ilk  who want to speak “truth to power” is they ignore the model of the greatest moment in African America’s social and economic history as well as the very basis of how capitalism works. Our own fault for listening to a theology professor instead of our own economist. I always say there is “No Country for African American Economist” in the African American community. We’d rather speak to power than build our own. The story of Black Wall Street in Tulsa, OK is one of those moments where if we’d learn from history it would be worth repeating it. Instead, we’ll ignore our history to our own peril. 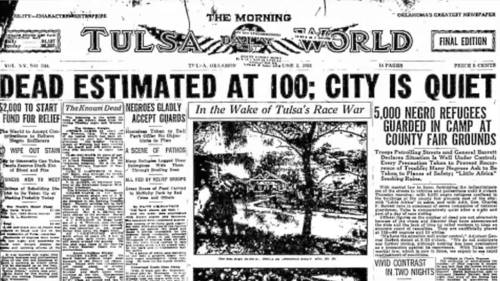 Many of us have a hard time imagining a place where African Americans owned and controlled as Mike House documents in his research “twenty-one restaurants, thirty grocery stores and two movie theaters, plus a hospital, a bank, a post office, libraries, schools, law offices, a half dozen private airplanes and even a bus system”. Just this economic power alone in one centralized place makes one realize how far we have fallen. Many of us simply see nominal gains in income and assume we have progressed. Not realizing that capitalism’s power and reward ultimately rest in the institutions you own and control. 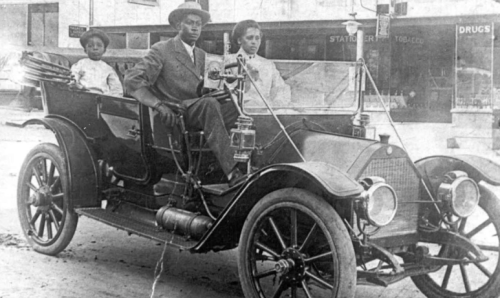 I have tired of the marches. I have tired of the “leaders”. I have tired of the speeches. I have even tired of my own writings. I am tired of telling us we are poorer today than we were in 1921. I have tired of our dependency on liberal ideology that says wait for a government to do the right thing by us. The government does the right thing by those who have the economic means to grease it. We simply need to build communities that we control and own. We need to build institutions that we control and own in those communities. We need to build social, economic, and political partnerships with Africa just like every other group in this country has with its ancestral homeland which creates a global power. We then need to use that social and economic capital to influence the political system to protect our social and economic interest. This is what made Black Wall Street so powerful and why it ultimately had to be destroyed. They were on the verge of leveraging their influence into the political system which would have allowed them to control Oklahoma. Can you imagine that?

We have HBCU communities that already are built to become Black Wall Street reinvented. Over 100 of them. Less talking. More building.

For the entirety of the events of June 1, 1921 just click the date.

When a crows began to gather outside the jail in Tulsa, Oklahoma, on the evening of May 31, 1921., the fate of one of its prisoners, a young black male, seemed assured. Accused of attempting to rape a white woman, Dick Rowland was with little doubt about to be lynched.

But in another part of town, a small group of black men, many of them World War I veterans, decided to risk lives for a different vision of justice. Before it was all over, Tulsa had erupted into one of America’s worst racial nightmares, leaving scores dead and hundreds of homes and businesses destroyed.

Exhaustively researched, ‘Death in a Promised Land’ is compelling story of racial ideologies, southwestern politics, and yellow journalism, and of an embattled black community’s struggle to hold onto its land and freedom. More than just the chronicle of one of the nation’s most devastating race riots, this critically acclaimed study of American race relations is, above all, a gripping story of terror and lawlessness, and of courage, hedonism, and human perserverance.