“Many think that the principal mission of universities is to transmit knowledge; they miss the key point that teaching and research are inseparable. American universities must continue to discover new kinds of knowledge and new ways of thinking.” – Dr. Eric Kandel

In 1896, Booker T. Washington invited George Washington Carver to head Tuskegee Institute’s Agriculture Department. For almost five decades Carver would set himself in stone as the greatest scientist and research ever to grace the halls of an HBCU. To this day he and his accomplishments are the measuring stick by which all HBCU research and scientists are measured. Yet, the fever by which Tuskegee invested in Carver and his research seems like a distant memory in HBCU lore and strategy.

HBCUs have always been known for promoting their values of community service and teaching, but oft left out of the conversation is the research portion of our institutions. The importance of research can not be overstated. As mentioned in the article The University of Power & Wealth that research and an environment of campus entrepreneurship to commercialize that research has produced companies like FedEx, Microsoft, Google, Facebook, Time Warner, and Dell just to name a few of the more well known companies. Not just companies, but products like Gatorade, which was invented at the University of Florida in 1965 and from which the university still receives royalties north of $10 million annually from Pepsi. There have also been inventions that simply serve the societal good like oral contraceptives and the seat belt that were created by college research and ingenuity.

HBCUs comprise approximately 2.3 percent of all colleges and universities in America. However, they make up only 0.7 percent of the research and development spending by American universities. Just to get to its representative amount of 2.3 percent would require R&D spending to increase from its current $500 million to $1.5 billion. Unfortunately, almost every conversation had with HBCU leadership and alumni would lead many to believe the answer to fixing our financial problems is through sports. A recent report by the NCAA showed that only 14 of the 120 Football Bowl Subdivision schools made money from campus athletics. That profit is primarily thanks to television deals through their conferences that HBCUs have little hope of obtaining at scale. That is not to say they can not be profitable, they can, but not following the playing book of their counterparts. For a more intimate perspective let us look at the University of Texas, the school with the one of the most valuable football programs in the country. It produces $109 million in revenue according to Forbes. Sounds great, right? Sounds like the answer to all of our prayers. Because when you are dehydrated even a bit of spit your way will appear to be a glass of water. Meanwhile, the University of Pittsburgh, America’s top grossing university hospital, produced revenue of $11.87 billion or 109 times the revenue that the University of Texas football program produces annually. In fact, even the University of Texas’s most valuable asset is its hospital, which generates almost $5 billion in revenue annually and has unbridled power in the city of Houston’s Texas Medical Center, the largest of its kind in the world.

Currently, HBCUs as aforementioned produce approximately $500 million collectively in research expenditures annually. There are 40 HWCU/PWI schools that individually do $500 million or greater annually and 8 of those 40 conduct $1 billion or greater annually according to the National Science Foundation. The gap between the top twenty HWCU/PWI and HBCUs when it relates to research continues to grow with the most recent data showing for every $1 that HBCUs spend on research, their counterparts are spending $52.

This is not to say that HBCUs are not doing prominent research, they most certainly are. Dr. Hadiyah-Nicole Green, a physicist, alum of Alabama A&M University, and who was a professor at Tuskegee University and now serves at Morehouse School of Medicine, received a $1.1 million grant for a pioneering technology that can kill cancer cells with lasers. That is just one of many prominent discoveries happening within HBCU research, but there are more fields and much more that needs to be taking place from history, economics, STEM fields, and many more. HBCU research should be touching every facet of African American and African Diaspora life. Yet, the commitment and infrastructure to do so is significantly lacking to close the gap.

We have examples of brand new stadiums that cost an HBCU $60 million, but two-thirds of that cost  was paid for by increasing student fees. Where is the same commitment to research? What would it take to build the first HBCU into a billion dollar research institution? 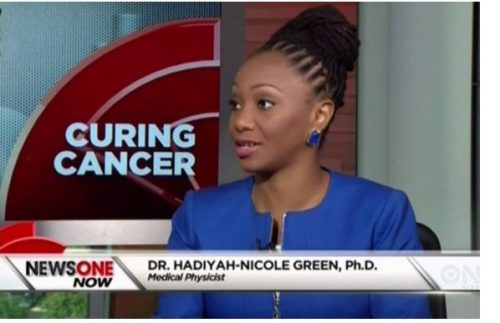 These are just a tip of the iceberg that HBCUs must do to improve the research prowess of our institutions from undergraduate to graduate and throughout the campus. Colleges and universities importance in creating and impacting societal, economic, and political research can not be understated of the acute importance it prevails. HBCUs can find long-term financial security in more research and increasing their value to African America and to the world in general. We do not need to produce another George Washington Carver, but an army of Carvers. If we are to be present in the institutional landscape for another century, then we must ensure that research is an important part of our foundational pillars we build upon.