“History shows that where ethics and economics come in conflict, victory is always with economics. Vested interests have never been known to have willingly divested themselves unless there was sufficient force to compel them.” – B.R. Ambedkar 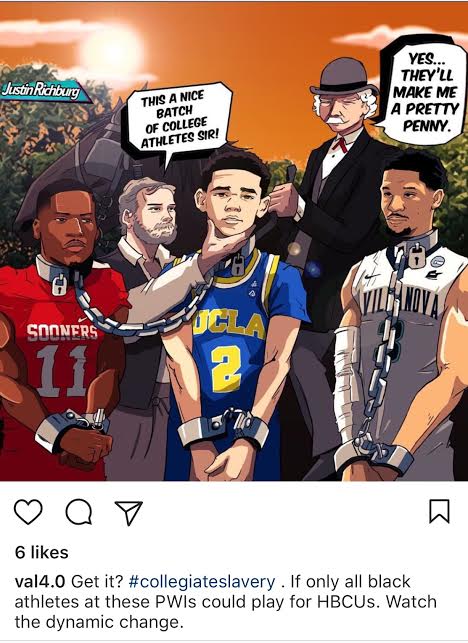 Hindsight is 20/20. (Actual) history is not meant to be revised, but it is meant to be analyzed. Unfortunately, that analysis can prove to be difficult often because we have a tendency to romanticize people and their decisions, ultimately leaving us vulnerable to making the same ones again. Objectivity to history is fundamental if we are truly to learn from it.

In fact, when we examine the period of 1865 through 1939, African America was on a building and ownership spree. African Americans built towns, businesses, banks, hospitals, boarding schools, colleges, and even an automobile company. This period, it could be argued was the apex of African American wealth and self-sufficiency in this country. A Great Depression, World War II, and Civil Rights Movement later, and African America’s economic self-sufficiency was virtually wiped out. Replaced by a culture of dependency and chasing of others’ colder ice. And we have to ask ourselves objectively, what did that get us? Very little. We went from over 100 banks and boarding schools down to 20 and 4, respectively. The African American private sector has been so decimated post-Civil Rights Movement that the African American unemployment rate is always twice the national average. As for sports, we went from dozens of African American owners to taking almost seventy years before seeing one after Robinson’s move.

Today, PWIs and 140 of the 141 professional sports in America make over $30 billion annually off the labor and sweat of African American athletes. Jerry Jones, the owner of the Dallas Cowboys and most valuable American professional team, made $300 million in profits in 2016 – without taking a hit, while the highest paid African American athlete, LeBron James, made only $77 million. It is not a secret that you can own a team a lot longer than you can play the sport. Jordan serves as anomaly of sorts, being an athlete able to gather enough wealth to buy a team and that was after something of a fire sale by Bob Johnson, who was in desperate need of liquidity for his other investments. This was mainly thanks to Jordan’s deal with Nike, which for all intents and purposes his popularity built. But while Jordan is worth $1 billion, Phil Knight, the owner of Nike, is worth a staggering $25 billion. Phil Knight and his wife have been able to pump hundreds of millions of dollars into the University of Oregon thanks to the company that Jordan “built”. Meanwhile, Michael Jordan’s philanthropy has been virtually nonexistent in helping empower African America’s institutions. The reality is that as much as it seems like players are making, the value of those teams rise faster than the players’ salaries, otherwise what would be the point of owning them? Remember, George Steinbrenner paid $10 million for the New York Yankees in 1973, the team is now worth $3.7 billion. In terms of highest paid athletes for perspective, Dick Allen of the Chicago White Sox in 1973 was making $200,000 versus today’s highest paid athlete being LeBron James who makes $31 million(salary, not including endorsements). The value of the Yankees has increased 370 fold versus the highest paid athlete’s salary at 155 fold. Or as famed comedian Chris Rock so eloquently puts, “Shaq is rich, but the white man who signs his check is wealthy.”

It has only been in recent years that African American athletes have begun to reclaim their ability to be voices of social commentary after a long slumber from the African American athletes of the 60s and 70s who were regaled and revered by the community for their usage of their platforms for social, economic, and political progress. In the 80s, 90s, and early 2000s, most African American athletes were too afraid of scaring potential sponsors or getting blacklisted to remotely speak out. Those that did like Mahmoud Adul Rauf and Craig Hodges of the 90s who did speak out found themselves blacklisted from the NBA faster than Usain Bolt running the 100 meters. Both exceptional players in their own right, but their boisterousness about African American issues turned off white owners and fans who think African American athletes should be seen and not heard, something eloquently analyzed by William Rhoden in his book 40 Million Dollar Slaves. It has been even more complicated since the turn of the millennium when athlete salaries skyrocketed thanks to television contracts for the major sports. This was especially sensitive at a time when many Americans have seen their wages stagnant for the past four decades across the country. Despite the owners making far more than the players, the majority of fans do not know who their teams’ owners actually are or how much they pocket from the ownership of the team.

The only African American who even attempted to buy an NFL team was Reggie Fowler, an Arizona businessman who was set to buy the Minnesota Vikings from Red McCombs back in 2005 for $600 million. Without ownership, sports franchies often reflect their owners’ network which means they have been slow to include other groups not within their social circles in key positions of power. Everything from general managers, coaches, and executives of teams have been and still largely are white males because that is who the owners’ circles entail. The real power was and is behind the scenes and this is ultimately what was forsaken by African America when they did not demand that the Negro Leagues/MLB and Black Fives/NBA/ABA be mergers of equals instead of acquisition of labor. With no African American perspective in any owners’ meetings outside of the NBA (and Michael Jordan has always been socially oblivious), it is likely that these men (and they are 99 percent men) are often tone deaf to racial and gender issues that impact their leagues and the environments from which the athletes who constitute their labor come from. We see this especially projected in the NFL’s ability to deal with domestic violence and Colin Kaepernick’s decision to protest continued police brutality. This is why at one point, we suggested that one of the major sports leagues should be adamant about recruiting Oprah Winfrey to buy a team (or two). Instead, the NBA at a moment when it could have done so after the Donald Sterling debacle simply goes and puts in place the same old hat in an act of pure tone deafness.

What would have happened if Oprah Winfrey owned a team? Well, just look at her management team at Harpo Productions. Women are well represented and more importantly so are ethnic minorities. The likelihood is that her team ownership would result in many more women, minorities, and HBCU graduates getting an opportunity to be decision makers and that issues such as race and gender would not be simply public relationed when an incident occurred, but instead proactively engaged.

Ultimately, history has shown us what not having ownership brings about in terms of social and economic impact. It is creating a space that allows for an employee like Colin Kaepernick to speak about an issue that is also part of the owner’s reality and allowing him to do so without retribution. It is also the circulation of the economic capital that flows between labor, ownership, and communities. This conversation is by no means limited to sports, but all of our economic behavior as it relates to how we view labor and ownership. Being accepted as someone else’s labor will always leaves you vulnerable to their interest, which can run counter to your community’s interest. Jackie Robinson may have broke a labor barrier into the major sports for African Americans, but the decision also built a wall to ownership and power for African Americans we have struggled to climb over ever since.