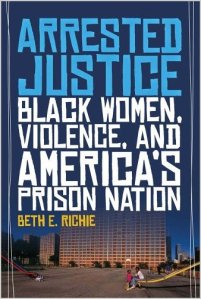 Black women in marginalized communities are uniquely at risk of battering, rape, sexual harassment, stalking and incest. Through the compelling stories of Black women who have been most affected by racism, persistent poverty, class inequality, limited access to support resources or institutions, Beth E. Richie shows that the threat of violence to Black women has never been more serious, demonstrating how conservative legal, social, political and economic policies have impacted activism in the US-based movement to end violence against women. Richie argues that Black women face particular peril because of the ways that race and culture have not figured centrally enough in the analysis of the causes and consequences of gender violence. As a result, the extent of physical, sexual and other forms of violence in the lives of Black women, the various forms it takes, and the contexts within which it occurs are minimized at best and frequently ignored. Arrested Justice brings issues of sexuality, class, age, and criminalization into focus right alongside of questions of public policy and gender violence, resulting in a compelling critique, a passionate re-framing of stories, and a call to action for change.