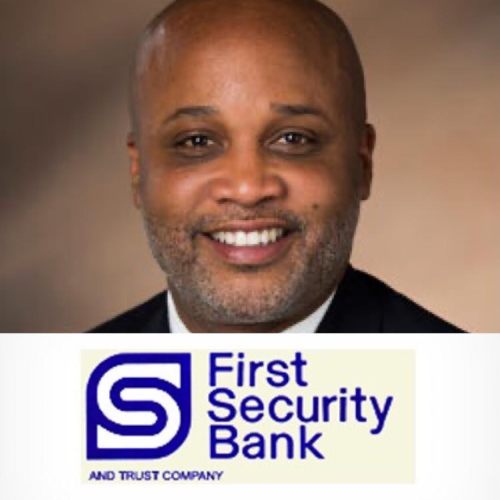 As one of the places with a storied African American economic history, Oklahoma holds a certain lore among African American economic historians. The home of Greendwood, Oklahoma, better known to many as Black Wall Street, its symbolic significance can never be overstated. It is also home to Langston University, a quiet but premier HBCU whose goat research is legendary in HBCU research circles and has considerable commercial value. However, Oklahoma has been without an African American owned bank for quite sometime but no more. Enter Kevin Perry, president and CEO of Perry Publishing & Broadcasting, a second-generation family owned company based in Oklahoma City, Oklahoma, and director at First Security Bank & Trust has helped usher in a new era of African American owned banking in Oklahoma.

According to S&P Global, “Kevin Perry, owner of 71,240 shares of FSB Bancshares Inc. stock, is proposing to acquire an additional 23,800 shares, according to a change in control notice filed in late March (2018). Perry already owns a 22.44% stake in the Oklahoma City-based company. The sale would increase his ownership in FSB to 29.948% — and in turn give him and other African American shareholders an aggregate 51% stake.”

The addition of First Security Bank & Trust to the African American Owned Banks banking landscape has stopped the proverbial bleeding the group has been experiencing over the past decade. Since 2010, African American Owned Banks have seen almost 50 percent of the institutions disappear. It is also worth noting that there have been no new AAOBs started in almost two decades and although First Security Bank & Trust is not new per se (founded in 1951), its acquisition by African American investors does make it new to our banking infrastructure and expands the financial geography of African American owned financial institutions. It is a vital addition and hopefully will build momentum for a new expansion that will help strengthen AAOBs in HBCU states and territories for the future.