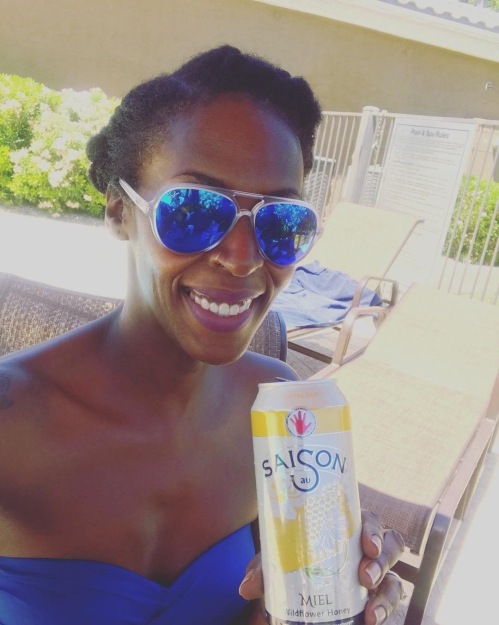 Most of us have an early memory or story about our dad or uncle giving us our first taste of beer. Do you remember the first time you had beer of any sort?  If memory serves me, the first time I had a beer was probably the same as everyone else’s first time. A not so strict aunt that yells “it’s okay if she has one sip”. I do recall however that first sip being awful and every sip after that.

Many of us simply are wondering – what exactly qualifies to be considered a craft beer? A craft beer is in fact a brew crafted in a more traditional, non mechanized way. Usually, but not always by a small brew house or microbrewery.

What got you interested in trying out craft beers?  I initially steered clear of all things beer and beer like for most of my adult life. My grandfather and I had a long standing lunch date every birthday at our favorite steakhouse. He ordered beer and I wine. During one of our last lunches together a new hire at the restaurant was an expert at pairing beer with meals and suggested my pop pop try a beer different from his usual. He made it sound so good I followed suit and ordered the same, it was a winter lager. I’ve been hooked ever since.

For those who have a curiosity about craft beers, is there any advice you would give about how to introduce themselves to different beers? Anyone interested in trying out craft beer my suggestion to them would be my suggestion for life – try it all to see what you like and don’t like.

What do you believe are some qualities of a great craft beer? The qualities of a great craft beer for me is all about the layers. Aroma, mouth feel, how well it compliments and draws out the best part of a meal. How stouts can be savory, and sours refreshing. How a porter can satisfy your sweet tooth, and an IPA be the perfect addition to Taco Tuesday.

There are about six African American breweries we have found, but this is certainly underrepresented for the explosion that has occurred in the microbrewery space over the past decade. Why do you think more African Americans are not brewing beers? With the craft beer industry vastly rising and major breweries buying smaller brew houses we’re gonna see less craft in craft beer. So now’s a perfect time for African Americans to throw their hats into the collective breweries. I know a few African American home brewers who really have a love and passion for it. But like anything else they’ll need support from beer drinkers to get their artistry noticed.

What would be your theme music while drinking your favorite beer? Anything by Nujabes.

Editor’s Note: Check out the album Modal Soul by Nujabes. Be sure you are having a cold one when you do and always drink responsibly.

Della Fain is an Chitown native Arizona resident. Married mother of 3. She’s also a contributor to Bourbon Zeppelin giving bourbon barrel aged beer reviews. You can follow her on Instagram at @sixfeetofdynamite.