HBCU Money™ Business Book Feature – A Wilderness So Immense: The Louisiana Purchase and the Destiny of America 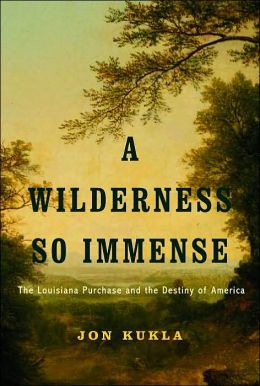 In A Wilderness so Immense, historian Jon Kukla recounts the fascinating tale of the personal maneuverings, political posturing, and international intrigue that culminated in the greatest land deal in history. Spanning nearly two decades, Kukla’s book brings to life a pageant of characters from Thomas Jefferson, James Monroe, and John Jay, to Napoleon and Carlos III of Spain and other colorful figures.

Employing letters, memoirs, contemporary documents, and a host of other sources, Kukla creates a complete and compelling account of the Louisiana Purchase. From the hinterlands in Kentucky to the courts of Spain, France, and England to the halls of Congress, he re-creates the forces and personalities that turned a struggle for navigation rights on the Mississippi into an event that doubled the size of the country and altered the destiny of the United States forever.

This entry was posted in Books and tagged louisiana purchase. Bookmark the permalink.