What year did you found your company? January of 2009

What was the most exciting and/or fearful moment during your HBCUpreneur career? The most exciting moments were my first time launching a blog and online store. Oh, and also seeing something I created on national television. The most fearful moments come ironically when I get closer to my goals. It’s scary sometimes when you’re about to get something you’ve been working for.

What made you want to start your own company? I wanted to start my own company because I wanted to create and develop something that was at one time just completely an idea. The fact that something as small as a thought can undoubtedly become a reality (no matter what) is crazy to me. To me, entrepreneurship is truly the strongest way to create anything there is you’d like to create.

Who was the most influential person/people for you during your time in college? The most influential people to me was a close friend who was also SGA President at the time who consistently broke barriers. Terrence J is a huge inspiration to me because our backgrounds are similar with high school, college, and NCA&T SGA. Lastly would be my two very close friends Adrianne Stevens (pictured below) and Alexandria Pierce. During a hard time they let me live with them and monopolize their laptops to actually create my business. They believed in me when I didn’t believe in myself and were the reason I could start a business eventhough I was a homeless student with no internet. They were murdered two years ago but I always make it a point when I feel tired or lazy to honor the faith they had in me. 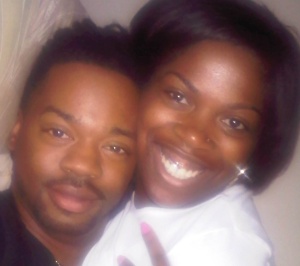 How do you handle complex problems? The worst thing you can do is shut down. I start with reminding myself that this situation is going to be here whether I choose to deal with it now or later. Then if it’s really bad I consider the worst way it could potentially turn out and accept it. Then, I think of the best potential way it could turn out and make it my reality. Then it’s just a matter of breaking it down to simpler parts until it starts to make sense.

What is something you wish you had known prior to starting your company? I wish that I’d known that there is no secret formula to running a business. Every “best” business practice can be challenged and proven to be a “worst” business practice. I spent a lot of time looking for the “secret” to entrepreneurship but it’s nothing more than staying committed to a purpose until it’s sought through. There is no way possible to know exactly the twists, turns, and opportunities that come your way so it’s best to make a couple broad, short-term goals and many, many, many small and basic short term goals as you go along.

What do you believe HBCUs can do to spur more innovation and entrepreneurship while their students are in school either as undergraduate or graduate students? I believe that internships with alumni who are entrepreneurs would be genius. In the fashion industry, there are many unpaid interns who pay their dues as a means of respect to grow. If HBCUs could mirror this concept, alumni would have access to more resources in support and undergrads would get experience so both would grow. Experience is the only way to grow in entrepreneurship because it is more competitive than any other field.

How do you deal with rejection? I find another way. One of the first things you have to understand is that business is not a game and it’s not personal. It’s business. If you haven’t been rejected then you haven’t done anything. In fact entrepreneurship is all about finding a “way around the no’s”.

When you have down time how do you like to spend it? Trying to shut my brain down. It’s hard not to think or work on things sometimes but you also don’t want to burn out. It all depends on working styles. Sometimes I lock myself away for a little while, maybe a weekend and just work. But if I do I make sure to take a few days off after. Life would be great if I could spread my productivity a little more evenly but I haven’t mastered that yet.

What was your most memorable HBCU memory? I organized a commemorative march using clothing to fund raise for the International Civil Rights Museum in Greensboro, NC. Hundreds of people came and there was news coverage. That’s when I realized any idea is possible.

In leaving is there any advice you have for budding HBCUpreneurs? The best piece of advice I’ve been given by one of my mentors is to “Grow slowly”. Sometimes we want to do a million different things because we see the long term goal we want but growing extremely fast is almost always followed with falling completely fast. It takes time, dedication, and commitment to start to see lasting results. Think of it a seed planted. No matter if I water it 5 times a day or 50 times a day there’s still some growth that has to happen completely independent of my influence.

But most importantly, enjoy the small victories. Celebrate everything, it keeps the motivation going. Be able to say “Made a million dollars today!” with the same level of excitement as saying “Responded to an email! Woo!”

Visit Urban Argyle’s flagship Proud Product at http://www.proudproduct.com or head straight to their store at http://proudhbcuproduct.bigcartel.com/  to see the latest offerings.