It is a move that is prominent after the massive banking black movement began last year. Noted web traffic to HBCU Money would spike anytime there was a police shooting last year to our African American Bank and Credit Union directories. Many African American owned banks and credit unions reporting thousands of accounts being opened and millions of dollars being moved as African Americans looked to take more ownership of their economic power. The movement also coupled with years of financial abuse by banks like Wells Fargo, Bank of America, and others towards the African American community.

The decision by President Abdullah is an important moment as college presidents tend to be more a more financially affluent group. Financially affluent African Americans have often been a group that has been missing among African American owned financial institutions as clients, leaving many institutions to try and survive by piecemealing less financially stable customers and contributing to decades of stagnant products and services offered. We hope this will spur many other HBCU presidents to move their banking relationships and continue to set the example for their students and our community that in order to build a stronger African American ecosystem our institutions, all of them, need our support, investment, and patronage.

Of course, the major missing piece is moving institutional accounts. HBCUs control billions in institutional money and could significantly enlarge the $10.4 billion that is now controlled by 339 African American owned banks and credit unions left. However, very few African American financial institutions are capable of handling institutional accounts. Currently, OneUnited Bank, the largest African American owned bank or credit union with $648 million in assets, has two HBCUs, Roxbury Community College and Florida Memorial as institutional clients. As the banks and credit unions become more stable with growing deposits from individuals, then they will be able to offer the more complex products that institutions and businesses need. So while President Abdullah maybe just one account, the halo effect could begin a second wave in the #BankBlack movement in 2017 and beyond.

HBCU Money’s editor-in-chief, William A. Foster, IV, sits down with the VP of Finance at Virginia State University located in Petersburg, Virginia. Some of the highlights were how HBCUs can close the wealth gap between HBCU and PWI/HWCU endowments, HBCU financial transparency, and more as Mr. Davenport helps lead VSU’s financial health into the second half of the decade with a continued eye on the generations ahead.

Mr. Davenport, thank you for taking the time with us. Let us start with telling us a bit about yourself and how you came into your current position? I have worked in higher education finance for over 25 years. I’ve served in a leadership capacity at both public and private institutions and at institutions as large as 35,000 students and as small as 1,000 students. I have a broad finance background which includes hands-on experience with cash management, endowments, investments, budgets, financial statements, audits and financial analysis.

I have served both HBCUs and PWI/HWCUs. I have been Chief Fiscal Officer (CFO) at three HBCUs in Virginia—Virginia Union University, Virginia State University and Saint Paul’s College. I have also served as Treasurer at a PWI/HWCU in Virginia—Virginia Commonwealth University and several of its related foundations (VCU). At VCU, I managed a university working capital pool of about $350 million and oversaw the financing of over $600 million in capital projects. I also serve on the City of Richmond Retirement System Board and Advisory Committee, which oversees approximately $500 million in retirement funds.

I’m a graduate of an HBCU— Hampton University with a Bachelor of Science degree in Accounting. I am also a Certified Public Accountant and have earned an MBA from the College of William and Mary and an Ed.S from George Washington University.

Virginia State University and its foundation combined have one of the largest endowments among HBCUs. For those who are unclear about the dynamic of there being two separate endowments, can you give us a bit more detail of why they are separate? How does their separation impact each investment strategy? The university has a $46 million endowment. About $32 million (or about 70%) of the endowment is managed by the University and the remaining $14 million (or 30%) is managed by a related foundation. Like most public universities, VSU established a foundation to allow greater autonomy in managing assets like endowment funds. After the foundation was established, some donors wanted their contributions to continue to be deposited to the University. Since then, the University continues to give its donors and alumni the option of donating to the university or the foundation.

Each endowment is governed by its own investment policy, spending rate and asset allocation targets. The endowments are managed separately, but their investment philosophy and strategies are similar. Both endowments are well diversified portfolios and conservatively invested to protect against a downturn in the market.

There seems to be concern among HBCU alumni who do not think the endowments of HBCUs are transparent enough and therefore create hesitancy to give. What can be done by HBCUs to allow for their alumni base to feel like there is a clear understanding of how their donations are being invested, allocated, and reinvested? I think HBCUs must ensure the highest level of transparency and accountability to its alumni and donors who establish endowment funds. Alumni and donors should receive a report each year detailing the activity in their individual endowment funds. This report should include total dollars for contributions, earnings, distributions and fees made to and from the endowment.

It is also a good best practice to have donors and alumni sign an endowment agreement at the time the endowment is established. This agreement should provide donors with a clear understanding of how donations are being invested, allocated and reinvested. 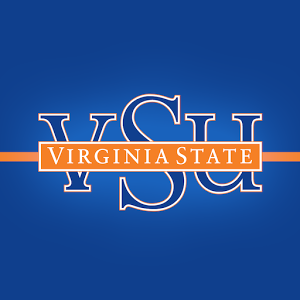 The endowment gap between PWI/HWCUs and HBCUs has grown from 46:1 in 1993 to 106:1 today. What do you think are some ways that gap can start to be closed, especially with HBCUs facing mounting financial pressure? Is there anything Virginia State University is doing in particular? HBCUs can provide greater emphasis on endowment growth. This is a challenge, especially as many HBCUs face more immediate and pressing needs. But administrators have to fight to make it a priority. VSU is aggressive in reaching out to our alumni and donors about the benefits of endowment giving. Our fundraisers include it in their fundraising literature and make it a priority in soliciting funds from alumni and donors.

Student loan debt seems to have direct correlations to college endowments, regardless of the school’s cost. We noted in our last report that despite being cheaper, HBCU graduates are finishing with an average of $30,344 in student loan debt versus the top 50 college endowments who finish with $22,020. Coupled with African America’s wealth being sixteen times less than their counterparts this makes student loan debt a compounding issue for wealth building. Is there a more active role HBCUs can take in helping close the wealth gap in the coming decades for African American families? I think the major driver for greater student debt at HBCUs stems from family wealth. According to a recent study done by the State Council of Higher Education in Virginia, the average family income of a student at the public HBCUs in Virginia is about $30,000 per year as compared to an average of about $60,000 per year for the other public universities. In fact, the average family income for some of the largest Virginia universities was over $100,000 per year. Additionally, over 85% of VSU’s undergraduates receive need-based financial assistance which is much larger than PWI/HWCUs. HBCU students struggle to pay the costs so HBCUs must keep their cost of attendance low compared to other PWI/HWCUs. A larger endowment would certainly help HBCUs fill their student’s need and thus reduce their debt burden.

For those interested in one day becoming the head of a university endowment what advice would you give them? If you are interested in heading a university endowment, my advice is to understand that your responsibilities go much further than merely overseeing institutional investments. At a college or university, you would be required to regularly communicate to a broad range of constituents such as donors, alumni, students, faculty, governing boards and administrators.

Thank you for your time; in parting do you have anything you would like to add? No.