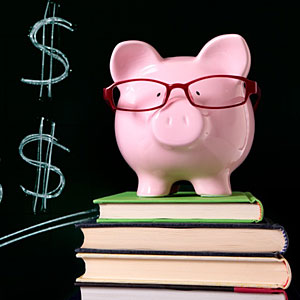 The keyword for  2014’s HBCU endowments – disappointing. In the past twelve months, HBCU’s top ten endowments added $200 million to its coffers. So why is this disappointing? The S&P 500 over the past year had returns of 13.4 percent. The benchmark by which we measure endowment return success. Given many of the tax and capital advantages that college and university endowments have it takes quite a bit of effort to underperform the market. This year only six out of ten HBCU endowments outperformed the market, while HWCU counterparts clocked in at nine out of ten. This has allowed the institutional wealth gap between top 10 HWCU/HBCU endowments to balloon from 103:1 to 106:1 the past twelve months.

This year was fairly standard with no real changes except one among the top ten, but what a change it was. The University of the Virgin Islands unseats Winston-Salem State University in the ten spot from last year after an unprecedented change in market value of 48.5 percent. A performance that not only led all HBCUs, but was fifth among the 851 American and Canadian endowments reporting. However, there is still real concern about the lack of HBCUs with at least $100 million endowments. Notable absences are Morehouse and Tuskegee who do not report. Even including these two, it would mean only approximately 7 percent of HBCUs are above this mark. This is concerning because even schools with only a $100 million endowment that achieved a market return of 13 percent leaves the school roughly $6.5 million to potentially to work with. Showing that HBCUs are still highly dependent and vulnerable to tuition revenue. A matter we saw continuously pop up after the Parent Plus Loan debacle that sent many HBCUers home. HBCU endowments should have been there to lessen the blow, but again given 93 percent of HBCUs are at $50 million or less it shows the vulnerability most are facing. The MEAC continues its dominance of the top ten HBCU endowments with four institutions present.

As always if you do not see your HBCU in the top 10 – DONATE!

*Note: The change in market value does NOT represent the rate of return for the institution’s investments. Rather, the change in the market value of an endowment from FY2013 to FY2014 reflects the net impact of: 1) withdrawals to fund institutional operations and capital expenses; 2) the payment of endowment management and investment fees; 3) additions from donor gifts and other contributions; and 4) investment gains or losses.