“We must claim and therefore support those institutions at the heart of our peoplehood.” – Dr. Johnetta B. Cole; Former President of Spelman 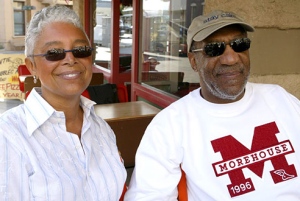 If one takes a walk on the campus of Brandeis University, a secular European Jewish institution, in Waltham, MA right outside of Boston they will notice a name that appears numerous times on buildings throughout the campus. That name is Carl & Ruth Shapiro. It is almost comical to ask someone to tell you where the Carl & Ruth Shapiro building is without getting a response of “which one?”. A student was once noted as asking Mr. Shapiro why he gave so much to Brandeis, a school he nor his wife ever attended, and it is said he simply replied that he was Jewish, the school is Jewish, and he wanted it to be the best representation of himself and the Jewish community. When I first was told about this exchange it sent a tingle down my spine. Primarily, I wished African Americans as a whole had the same love and tenacity of supporting our own institutions regardless of whether they had attended an HBCU or not because whether they like it or not what they produce reflects and is a reflection of us all.

It would be twenty years ago last month that Bill and Camille Cosby would be the example of just what that love and tenacity could look like. Their donation to Spelman College would catapult it into the pantheon of HBCU endowments and put it on path to become what is now the second largest HBCU endowment behind Howard University. Their $20 million donation in 1988, equivalent to roughly $40 million adjusted for inflation in today’s dollars, still stands as the largest donation by African Americans to a college or university. An amazing feat for Spelman College who at the time only had a $42 million endowment and is now in a viable position to become the first African American college to reach the billion dollar endowment mark. That neither Bill nor Camille Cosby had attended an HBCU, although her father attended Southern and Fisk while her mother attended Howard, speaks much to their understanding of building African America’s institutional power not just individuals. At the time the Cosbys’ made it clear that they were not only supporting Spelman College but that they were throwing down the gauntlet to other African Americans in a challenge to truly support African American colleges and universities and give them the resources they had been long deprived of by state and federal governments as well as the abandonment by the African American private community since the late 1960s. The African American community’s support waned as desegregation took root and the Civil Rights Movement leaders convinced African America that equality meant not access to equal funding to build up our institutions but abandoning our institutions to build up European American institutions. A failed strategy still prevalent in almost every sector of African American life even to this day.

Sadly, it is twenty years later and while Spelman College is in the hunt to become the first African American college or university with a billion dollar endowment the challenge presented by the Cosbys’ to African America was largely never answered. The numbers suggest that there should be multiple HBCUs with billion dollar endowments amongst the ranks now, but as it stands just being in the $100 million endowment club is the air of HBCU endowment glory of which we only have 5 while an estimated twenty percent have no endowment at all according to AK Research. Of the 100 plus HBCUs that are left in existence, they share an estimated $2 billion in combined endowment value with the top ten HBCU endowments holding a disproportional $1.5 billion of that value. It also appears that of the HBCUs in contention to become the first to reach the billion dollar mark, none are less than a decade from achieving the mark. Truly a problematic notion with the rising cost of higher education and a far cry from something that could have been achieved over a decade ago had the challenge been answered.

The wealth disparity between African Americans and other groups is so pronounced (and widening) it limits our ability to give in larger amounts. African America lost eighty three percent of its wealth in the Great Recession making a complicated situation even more so. That five percent of gifts account for eighty percent of endowment giving, large donors play an enormously important role in building a college’s endowment. However, there is only one African American who has the known net worth to match Gordon and Betty Moore’s $600 million donation to California Institute of Technology in 2001, which is the largest donation ever given to an American institution of higher learning. That person being Ms. Oprah Winfrey, who has been an avid supporter of HBCUs and especially of African American male achievement being a primary donor to Morehouse College. As a percentage of America’s wealth elite, African Americans comprise one-fourth of one percent of the Forbes 400 wealthiest Americans. In fact in order for every HBCU to receive just a $10 million infusion would be well over $1 billion. The 20 richest African Americans have a combined net worth of approximately $9 billion while the 5 richest European Americans have approximately $235 billion. Yes, the disparity is that great.

Bill and Camille Cosby’s gift twenty years ago brought a hope and optimism that a donation by arguably the most popular African American in America at the time would have spurred six, seven, and eight figure investments in our institutions of higher education by more of our well to do African Americans seems all but lost today. Simply put we have arguably reached a point that without the buy in of African Americans (and African Diaspora) who never attended HBCUs as donors we just simply do not have the number of alumni or individual wealth to usher in a new age of HBCU growth without losing control of the institutions themselves to others.

Where and who are today’s Bill and Camille Cosby? It is honestly hard to say. Their education obviously ensured that their value toward formalized education would always be a central value in their lives and philanthropy. Is it Shawn and Beyonce Carter? They have the economic means and social standing in African America that a donation from them would be impactful way beyond the financial impact but hard to say it would generate any more of a ripple than the Cosby donation a generation ago. In fact in this post-racial era, high profile African Americans stand a grave career risk attaching themselves to anything perceived as “too” Pan-African or empowering of the African Diaspora. However, when easily over ninety-five percent of African Americans at HBCUs are dependent on financial aid and HBCUs are still the predominant producer of degrees for African America sitting idle is not an option for those that can.

Since the Cosby donation there has been only 1 eight figure donation to HBCUs. It would come from Reverend Solomon Jackson, Jr. who gave $10 million to Morris College after winning the Powerball lottery. Unfortunately, if we plan on waiting for lottery winners we are truly in a lot of trouble. While it is true that we need alums to pick up the giving pace we can not be unrealistic that African Americans have wealth 50 times less than our counterparts. Like President Obama calling for tax increases on the rich, we too must call on those African Americans who can afford to shoulder a little more load to ensure future generational wealth is more evenly spread amongst us to sacrifice and do so. It is still truly amazing that the Cosby gift transformed the lives of so many African American women, families, and communities and given at a time when the Cosby family themselves had not reached anywhere near the zenith of their wealth. They realized it was an imperative that could not wait. Their gift was a fire from a match now flickering and almost out but with still enough flame left – what we need now is a wildfire.