Labor is the great producer of wealth; it moves all other causes. – Daniel Webster 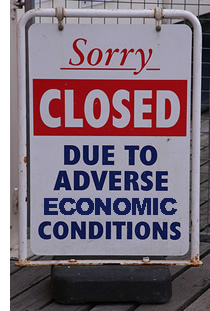 As often is the case, anytime the populous conversation about raising the minimum wage comes around you will see a huge rallying from the African American community. This is primarily because the majority of African America is labor and not heavily invested in ownership. African American firms with paid employees represent an appalling 1.8 percent of American firms with paid employees and only 7 percent of all American firms. Not even close to an equitable representation since we comprise 15 percent of the country’s population. We are a far cry from the days of Black Wall Street. These days we spend our time begging for employment and entrance into firms controlled by other communities. Then we appear baffled as to why our unemployment rate is constantly double that of the national average and three times that of Asian America or why all of the capital is leaving our communities.

Despite African America only comprising 1.8 percent of American firms with paid employees, these firms employ almost 6 percent of African America’s working population. In comparison, Asian America has 7 percent of all American firms with paid employees and employs almost 34 percent of Asian America’s employed population. The correlation is obvious that businesses started by a community tend to hire their community. This is true in terms of community defined by ancestry, gender, geography, education level, or socioeconomic status. As a result of this more citizens within that community are earning income, buying power increases, unemployment decreases, and social issues decrease. Psychology 101 tells us that people like to associate with people whom they believe have similar values and interest. The very first thing that every person with eyesight uses to make this judgement is a person’s appearance. The politically correct police will argue that is what we have to work against, but while we are waiting on Utopia the rest of us have to work in reality.

President Obama and his administration are bent on a one size fits all America approach to income inequality. However, it is no secret that high levels of asset ownership increases the level of income that a group can accumulate and it certainly benefits them in terms of lessening their tax liability allowing them to keep more of their money. An example is hedge fund owners who pay 20 percent while making hundreds of millions and LeBron James pays 40 percent for earning tens of millions. Also highlighting that even well paid labor is still just that – labor and does not enjoy the privileges that the tax code bequeaths to ownership. The increase in minimum wage will not make that easier for African Americans, but harder.  According to Keeley Mullis of the National Federation of Independent Business, “Big corporations do not have to absorb the cost of minimum wage increases because most minimum-wage jobs are offered by small businesses.” Given the education reality of African America, only 18 percent of African Americans 25 and older hold college degrees which is second lowest in the country and a 62 percent high school graduation rate which ranks lowest in the country, most of our labor force is low-skilled labor and more likely to work minimum wage jobs than almost any other group per capita.

There is also the acute compounding problem of wealth. African America’s median net worth, according to the Pew Research Center is $5,677 leaving us with 24 times less wealth than European Americans and 14 times less than Asian Americans. Is it no wonder then that in our own communities we tend to only see small businesses owned by outsiders. That is to say nothing of the ownership of medium-sized companies and we are virtually non-existent in large company ownership. To the best of my research thus far, there are no African American owned companies that make up the Forbes’ Largest Private American Companies list. A list that requires a minimum of $2 billion in annual revenues. For an African American family starting a small business, they are already facing the challenge of limited resources at their disposal. Both in terms of wealth to get started, access to support capital which is a result of poorly capitalized African American owned banks & credit unions, and even training which has its own cost to acquire both in terms of human capital and economic capital.

Real power and real wealth in capitalism is created through ownership. A father or mother can not pass a job along to their child, but they can pass a business to them increasing the probability of income stability for generations. Why make that harder for a group that has limited wealth to get started by increasing the already largest burden most small businesses encounter? As a consequence, impacting communities which continue to struggle with acute levels of unemployment and thereby the domino effect toward social issues. You can not just magically expect job creation to come to communities. It is communities who create their own job creation. As a result, it must be made obvious that while an increased minimum wage will not hurt other groups who are wealthier, this will have an adverse impact on African America’s wealth and employment growth prospects.

If Democrats and Republicans really want to do something about income equality, then the solution is to find a way to increase the access for entrepreneurship training through HBCU initiatives and create incentive programs to African American owned banks and credit unions to focus on small business lending. The latter should decrease the amount of predatory lending that African Americans historically have faced with banks like Wells Fargo, Bank of American, and others. It is true that the president is not just president of African America, but all of America. However, African America should be slow to support populous policies just for the sake of without realizing the potential of their cascading effect on our own community.