Anyone who has ever struggled with poverty knows how extremely expensive it is to be poor. – James Baldwin

If there is a heaven, then Eddie Robinson is somewhere up there raising hell. It goes without saying that since the late great coach’s passing, the most historic program in black college football has seen itself take an unexplainable and precipitous decline over the past decade. A far cry from the expected restoration of the program to its pinnacle after Doug Williams took over in 1998 and proceeded to win three consecutive SWAC championships for the university. The future looked promising and then the wheels began to fall off after Williams returned to the NFL for a stint as a personnel executive. An attempted second tour of duty was too little and too late. Looking forward though the question is how can the program be restored. My solution – call Daniel Snyder. 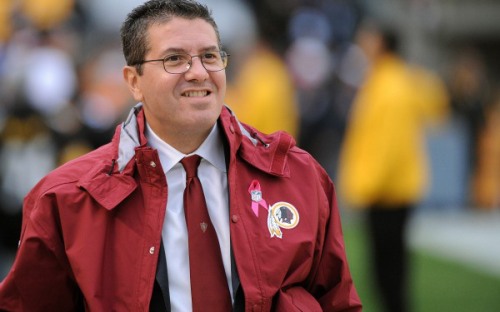 Let us face facts, when Grambling State University had the opportunity to leverage its winning ways to raise funds like many HBCUs have, it arguably simply did not strike enough of the iron while it was hot. Now, its cold – ice cold. Furthermore, at this point with HBCU public university alumni giving rates at five percent according to a recent article by HBCU Digest, help is certainly not coming at this point from alumni. The football program needs an infusion of millions and they needed it yesterday to get itself to proper standards that accompany a Division 1 program – not a middle school program. Players not having access to cool water during scorching practices in Louisiana heat, is a recipe for a player death and worse still a lawsuit. While it is hard to pinpoint Grambling’s actual university endowment, it is safe to say it is well under $10 million and that might be being generous. So why should Daniel Snyder come to the rescue or even care?

The Washington Redskins, valued at $1.7 billion are the third most valuable team in the NFL and the third most profitable NFL team with 2012 profits of almost $105 million. Their owner, Daniel Snyder, has an estimated net worth of $1.3 billion derived primarily from ownership of the Redskins, private equity, and a number of other enterprises. However, the team has been embroiled in a public relations that seems to never end over the team’s mascot name. Seen as offensive to many Native American groups whose primary ally tends to be African Americans, as it is often noted the only group who has suffered worse in America than African Americans are Native Americans. This often creates a great deal of sympathy for Native American causes among African Americans. Although the team technically plays its games in Maryland, do not be mistaken it is Washington D.C.’s team. A city whose population is 50 percent African American, home to two HBCUs, and two hours drive either way pushes that HBCU number swells to almost ten institutions. Beyond the geographical connection, the Washington Redskins connection to HBCUs runs directly into its own history with Doug Williams being not only an alum of Grambling State University, but the quarterback who led Washington to one of its most memorable Super Bowl victories becoming the first, and still only African American quarterback to do so. 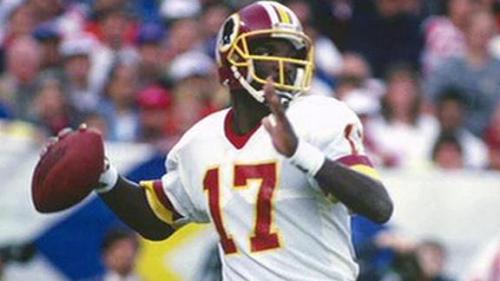 To say it pains me that we must look outside of our community to resolve our needs is an understatement for anyone who knows me. However, this is a dire situation and it is calling for dire solutions. Daniel Snyder and the Washington Redskins could use some goodwill in the public as it deals with a growing agitation over the team name and a perceived view of European American owners lack of regard for minority sensitivity. It could use its relationship with Doug Williams connection to both the Washington Redskins and Grambling State University as a way to quell some of that angst. On Grambling’s part they need the public goodwill themselves and show some proactive behavior to resolve this sinking ship. If it means that the president and AD need to go hat in hand to Doug Williams to facilitate the meeting with Daniel Snyder, then pride be damned they need to do it.

HBCUs overall have done a poor job of conveying to their alumni bases just how costly and unprofitable athletic programs actually are. There is still too much confusion of just how much university money can actually be diverted into athletics at public universities which have major restrictions on such activity. It also begs a long-term question if HBCUs can not properly fund their athletic programs, then exactly what is the plan? These type of incidents leave a scar on not only the athletic programs but the universities themselves and HBCUs as a whole. Spelman’s approach was to disband its athletic program as a whole in favor of more wellness programs, which is certainly one approach. There is also the Ivy League approach where there are no athletic scholarships at all. Whatever the solution, Grambling State University needs to act quickly and make a major splash in its resolution before the ghost of Eddie Robinson returns, and if anyone remembers Coach Robinson in a bad mood – it will not be a pleasant hau – I mean return.

Leave a Reply to Will the Ref Cancel reply