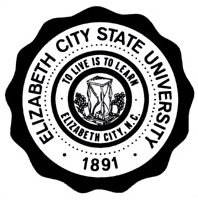 Analysis: Elizabeth City State University needs approximately a $1 billion endowment for all of its undergraduates to attend debt free. The university is located in the northeast part of North Carolina. In a state with an abundance of higher education institutions it can be extremely difficult to standout. It also does not help that ECSU is not on the HBCU “corridor” of I-85/I-95 going through the states of North Carolina and Virginia. The northeast part of North Carolina is a more isolated geography of the state. As in most cases like this there is a bit of the gift and the curse attached to such a reality. By being isolated it can have an intimate advantage in recruitment in the northeast part of North Carolina and very rural parts of southeastern Virginia. The disadvantage of course is beyond those areas it will have a difficult time not being in the HBCU corridor, and therefore will have a hard time getting students outside of its most intimate regions. A cause for concern given the drop in enrollment the school has seen lately. As noted with public university endowments, the size of the alumni base is a mixture of student body size and graduation rates. This formula plays an integral role in the health of the endowment. A declining student body size is a danger to the long term financial stability of a college’s endowment primarily because historically only 10-15 percent of alumni give back nationally. The number is even smaller among HBCUs. Currently, Elizabeth City State University is reported to have a $4.5 million endowment or equal to 0.45 percent of its needed endowment. A serious red flag for long-term stability which lends to some of the issues of the school’s current financial issues. The school has an opportunity to reduce itself down to a healthier size that could allow it could to obtain the financial health it needs to potentially grow at a more steadied pace. It also much find a way to infuse itself along the state’s coastline African American population. The real question is will that be enough. Ideally, ECSU needs to have a student body at least triple its current size if it wants to seriously expand its alumni base within the coming decade.  It is clear they are going to have to pick up the pace of their endowment and capital campaigning to survive tomorrow, otherwise we could be seeing some of the turmoil in Virginia spillover into North Carolina with Elizabeth City State University potentially being the first casualty.