Exploitation of oil and gas deposits, beginning in the 1990s, has driven economic growth in Equatorial Guinea, allowing per capita GDP to rise to over $29,000 in 2014. Forestry and farming are minor components of GDP. Although preindependence Equatorial Guinea counted on cocoa production for hard currency earnings, the neglect of the rural economy since independence has diminished the potential for agriculture-led growth. Subsistence farming is the dominant form of livelihood. Declining revenue from hydrocarbon production, high levels of infrastructure expenditures, lack of economic diversification, and corruption have pushed the economy into decline in recent years and led to limited improvements in the general population’s living conditions.
Foreign assistance programs by the World Bank and the IMF have been cut since 1993 because of corruption and mismanagement, and as a middle income country Equatorial Guinea is now ineligible for most donor assistance. The government has been widely criticized for its lack of transparency and misuse of oil revenues and has attempted to address this issue by working towards compliance with the Extractive Industries Transparency Initiative. US foreign assistance to Equatorial Guinea is limited in part because of US restrictions pursuant to the Trafficking Victims Protection Act.
Equatorial Guinea hosted two economic diversification symposia in 2014 that focused on attracting investment in five sectors: agriculture and animal ranching, fishing, mining and petrochemicals, tourism, and financial services. Undeveloped mineral resources include gold, zinc, diamonds, columbite-tantalite, and other base metals.

Currencies Of The African Diaspora – Egypt

Occupying the northeast corner of the African continent, Egypt is bisected by the highly fertile Nile valley, where most economic activity takes place. Egypt’s economy was highly centralized during the rule of former President Gamal Abdel NASSER but opened up considerably under former Presidents Anwar EL-SADAT and Mohamed Hosni MUBARAK. Cairo from 2004 to 2008 pursued business climate reforms to attract foreign investment and facilitate growth. Poor living conditions and limited job opportunities for the average Egyptian contribute to public discontent, a major factor leading to the January 2011 revolution that ousted Mubarak. The uncertain political, security, and policy environment since 2011 caused economic growth to slow significantly, hurting tourism, manufacturing, and other sectors and pushing up unemployment. Weak growth and limited foreign exchange earnings have made public finances unsustainable, leaving authorities dependent on expensive borrowing for deficit finance and on Gulf allies to help cover the import bill. Egypt’s current Constitution passed in a referendum that took place in January 2014. 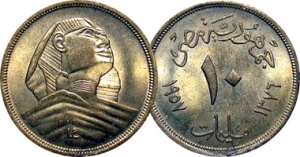 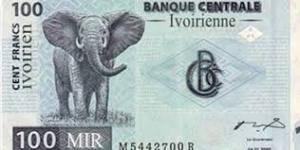 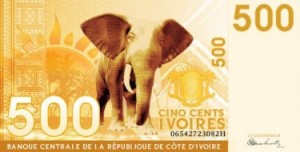 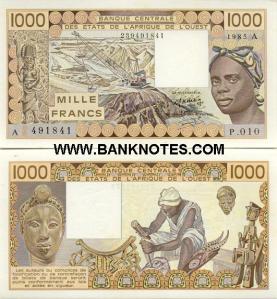 Currencies Of The African Diaspora – Republic Of The Congo

The economy is a mixture of subsistence hunting and agriculture, an industrial sector based largely on oil and support services, and government spending. Oil has supplanted forestry as the mainstay of the economy, providing a major share of government revenues and exports. Natural gas is increasingly being converted to electricity rather than being flared, greatly improving energy prospects. New mining projects, particularly iron ore, that entered production in late 2013 may add as much as $1 billion to annual government revenue. Economic reform efforts have been undertaken with the support of international organizations, notably the World Bank and the IMF, including recently concluded Article IV consultations. The current administration faces difficult economic challenges of stimulating recovery and reducing poverty. The drop in oil prices during the global crisis reduced oil revenue by about 30%, but the subsequent recovery of oil prices boosted the economy’s GDP from 2009-13. Officially the country became a net external creditor as of 2011, with external debt representing only about 16% of GDP and debt servicing less than 3% of government revenue.