“We must keep on trying to solve problems, one by one, stage by stage, if not on the basis of confidence and cooperation, at least on that of mutual toleration and self-interest.” – Lester B. Pearson 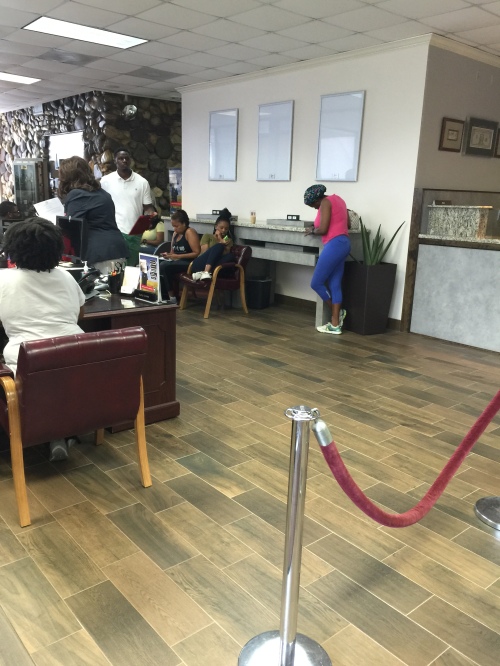 Mayberry Homes, a company owned by Texas Southern alumnus Sharone Mayberry, has been an active buyer of land and builder of homes in Houston’s Third Ward community. Bringing many of the community’s dilapidated homes in the area back to life as demand for property in Houston’s inner loop near downtown has skyrocketed in recent year.  Unity National Bank, founded in 1985 is the only African American owned bank in the state of Texas, is also headquartered in Houston’s Third Ward. If you ride around Third Ward, there are Mayberry Homes signs popping up everywhere so to see their in front of Unity National Bank was quite a statement. The bank’s building has not had a renovation in its thirty years of existence and with the recent surge in demand for accounts, an aesthetic that says to customers we are current and with the times is vital to the customer psychology and rapport. That the renovation is being done by an African American owned company also says to the trust that has long been believed to be absent among the community in trusting each other in business. This is an opportunity to show on an institutional level that we do indeed trust, need, and want each other. That is something that then flows down to the individual consumer level.

This is something that should be being taught in HBCU b-schools. That to improve the communities we come from as we launch businesses in those communities that it is important to do business as a business with HBCU/African American owned companies. Although, with less than 1 in 4 HBCU b-school deans and chairpersons having an HBCU degree, it is likely a lesson likely not being taught. Our business schools are teaching business from a general and not from a community or African American perspective. HBCUs have often served as conduits of institution to institution commerce within our community, but rarely is that taught in the classroom as something that should be done. That is something that should and must change if we are too leverage this new found renaissance happening as we see our banking institutions start to actually have the capital they need to eventually make the small business loans back into the community.

Seeing the change that Mayberry/Unity are bringing should be a gentle reminder as we go forth that the best way to lift the great weight of economic empowerment and development is to do it together.