Ideas can be life-changing. Sometimes all you need to open the door is just one more good idea. – Jim Rohn 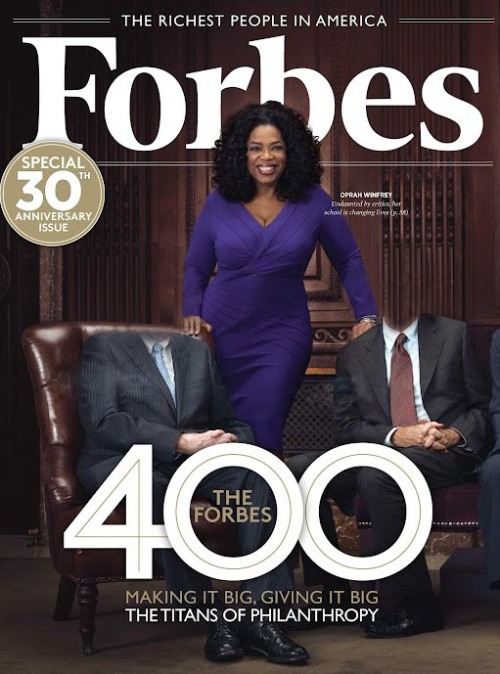 Oprah Winfrey (pictured above) – The only African American billionaire & HBCU alum. Her most recent Forbes’ net worth is $2.9 billion. Who will be the next HBCU alumni to join her?

Colleges With The Most Billionaire Alum & Combined Wealth:

Last year, Dillard University President Walter Kimbrough asked newly minted (allegedly) billionaire Dr. Dre about the missing love for historically Black colleges and universities following a sizable gift he made to the University of Southern California. The question was legitimate from most cultural angles – how does a Black man who made money making Black music for Black audiences boost the endowment of a predominantly white university?

But the question also demands a broader perspective on Black wealth and how it is created. Dr. Kimbrough’s argument was for the sake of Black wealth remaining in Black ecosystems of wealth creation. The center of those ecosystems, of course, is the Black college. But can the Black college serve as an economic engine powerful enough to create the next billionaire, or handful of billionaires?

On its surface, the answer would appear to be a resounding ‘no’. The HBCU was borne out of a white elitist obligation to make of former slaves and their descendants the teachers, preachers, and farmers that would serve as a generational of professional midwives to a humble, quiet existence amid the burgeoning industrial revolution. Along the way, HBCUs evolved into institutions where African-Americans would train to become physicians, engineers, combat heroes, scientists, lawyers, and pastors – all of the makings of a generation of emerging wealth for Black communities.

But as that generation was coming of age in industrial and financial independence, the nation again divided on the common problem of race, requiring the whole of its brain trust to dedicate mind and money to the cause of equity for all. At the end of the battle, desegregation was won. But the casualty of the battle was the cultural allegiances that birthed innovation and productivity for Black communities, and took the precious, dwindling commodity of racial pride out into predominantly white companies, neighborhoods, and values.

Today, the HBCU attracts but a portion of the best and the brightest from Black America; the rest remain lured by the false promises of diversity, equal opportunity, and post-racial societal ease. The training, nurturing, and programmatic development of the HBCUs falls on only a small segment of Black America’s collective and emerging intellectual capital. The youth are fractured, their networks are frayed and the genius that is unbridled innovation is capped by the promise of a six-figure job at a firm or company that, in rare cases, is owned by an African-American. To the last point, there are 5.7 million American firms with paid employees, but African Americans only own 1.9 percent of them.

The question is not if an HBCU can create a billionaire, but rather, can an HBCU create the network that helps to spawn billionaire potential? Facebook was founded, in part, by a group of friends at Harvard. Apple was founded by a group of college students. In fact, Silicon Valley was founded by Stanford University and originally known as Stanford Research Park. Other notable companies that have come out of colleges Google, Microsoft, Dell, and FedEx. Sam Walton and Jeff Bezos, titans of retail, were able to begin their careers thanks to sizable loans from family. The latter founded Amazon with a $300 000 loan from his parents.

Do HBCU students, families, and communities have the kind of commitment to pooling human and financial resources to cultivating substantial wealth? The answer is yes; but have HBCUs been built and marketed to serve as the incubators for this kind of thinking and development? Based upon current teaching, social and cultural structures on the Black college campus, the answer is no.

And that is something even Dr. Dre can’t cure.

9 responses to “Can HBCUs Produce Billionaires?”