DRONES – The Answer To The United States Postal Service Problems?

There is no more dreadful punishment than futile and hopeless labor. – Albert Camus 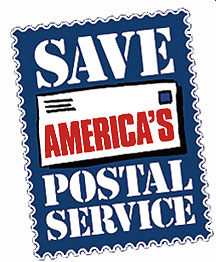 Amazon decided that it needed to not only dominate retail for the weekend after Thanksgiving, but it needed to dominate headlines as well. The $180 billion dollar company announced that in a few years it will start delivering customer packages via Amazon drones. No, the NSA and CIA have not taken over Jeff Bezos body. The coming of drones for commercial use has been a badly kept secret for a few years now, but it appears Amazon has emerged as the company who will bring it to the mainstream. If you were wondering when the Jetsons era was going to be upon us. It is here. Drones could change transportation in the way email changed communication. The latter has almost brought the United States Postal Service to its knees, and the former could become its saving grace.

The United States Postal Service deficit is hemorrhaging something akin to a dam that has been hit by a missile. Last year, it registered a $16 billion deficit. The situation is parallel to that of the automakers a few years ago. Only, there will be no bailout coming. UPS, FedEx, pensions, and technology have presented the USPS with unfathomable challenges and I suspect in less than a decade will be a case study for some fresh face MBA student as I was once upon a time. The latter two, pensions and technology, being their primary problem or at least within their control. USPS is currently required to prefund future retirement benefits based on current and past employees to an annual tune of $6 billion dollars or almost 40 percent of its annual deficit. This is to ensure the pension benefits of current and past postal employees, pension obligations which are currently underfunded, will eventually be able to meet its fiscal obligations to retirees. There is also the matter of Saturday delivery, which cost the USPS $2 billion in losses annually. Something the Postmaster General argued to cut, but was met with such opposition he gave up on the matter. Although, expect me to argue for it again later in this article.

It could be argued with some irony that the zenith of the USPS in terms of labor was in 1999 with its almost 800 000 postal employees, the largest number ever in its history, coincided with the birth of the internet into the mainstream. Today, the number of employees has fallen over 25 percent, but is still twice the size of UPS and FedEx in terms of labor. Patrick Donahoe, the Postmaster General, had plans to reduce the workforce in line with UPS and FedEx, but it could be argued that it simply might not be enough. Primarily, there is the advantage of UPS/FedEx not having to deliver daily mail. Something that could make it difficult for USPS to ever match UPS/FedEx numbers. Unless, there is a way to deliver the daily mail without actual mail carriers. Enter the drone.

In Amazon’s world, drones would leave their distribution centers and deliver packages within a 30 minute window after purchase to the customer. Similarly, the United States Postal Service could use its postal centers as distribution centers as it already does and the field office for its drone flights. First, the drone helps you reduce the mail carrier labor force of 240 000 mail carriers or 41 percent of the USPS entire labor force and their salary, which ranges between $40,470 to $56,720, down to an almost negligible size keeping only large package truck drivers comparable to UPS/FedEx. Assuming the median salary range ($48,595), it would represent a cut of almost $11.7 billion in labor cost from the USPS books without a loss in production. If the USPS was even more aggressive (assuming no legal stipulations) it could contract out the pilot program for the drones and eliminate pension liability all together for this new part of its labor force, but let us not get ahead of ourselves here. Secondly, it would allow a massive reduction in the USPS 212 530 fleet of vehicles, one of the largest civilian fleets in the world. Forget going electric or natural gas, with drones you can just get rid of them period. According to the Federal Times in 2009, USPS spent $524 million in maintenance cost and $1.7 billion in 2010 for fuel cost. Another $2.2 billion off the books and bringing the total savings to $13.9 billion or almost 87 percent of the annual deficit. Just from the use of drones to deliver the daily mail.

Obviously, there are still some hurdles with the USPS even with the implementation of drones. For one, the FAA would have to approve it, which I believe the USPS would have an easier time pushing through than Amazon if they use the government agency to government agency buddy system. The next step would be to certainly to continue to reduce the workforce although the unions will probably have a lot to say about that in (my) theory and reality. Even with an elimination of the mail carrier force they would still be employing almost 350 000 people, which is still over 100 000 more than FedEx/UPS. Arguably, this number could be held if congress would agree to eliminate the Saturday delivery which again according to the Postmaster General would add an additional $2 billion in savings. In turn, it would bring the total savings via cuts and technology implementation to $16 billion, completely eliminating the deficit. It was technology that brought the postal service to its knees and it could very well be technology that helps the phoenix rise from the ashes.