Currencies Of The African Diaspora – Jamaica

Up until the early 16th century, when the Spaniards colonized Jamaica, there had been little occasion for the use of a regular currency. Although there was a small amount of gold on the; island, the Taino Indians, Jamaica’s first inhabitants, used it; for decorative purposes rather than for trade, which was conducted by barter.

The Negroes, who had become devout Christians did not think it appropriate to offer copper coins for collection. Because of their poverty, however, they could not afford the higher denominations and there was a shortage of lower denomination silver coins. In accordance with a resolution of the House of Assembly of 4 July 1834, British silver three pence and penny ha’penny pieces were imported in that year. The penny ha’penny became known as a ‘quartile’ or quarter real, and if we accept the value of the real as six-pence, we can easily see how the penny ha’penny came to be known as a ‘quattie’. Because of the specific need which these coins filled, they became known as “Christian quatties.”

Following emancipation in 1838, when the freed slaves became wage earners, there was a greater need for ready cash, especially for values smaller than penny ha’penny. The copper and bronze coins of the British Imperial coinage were still unpopular among the Negro population who refused to use them, so an acceptable metal had to be found for coins of these denominations. Cupro-nickel, which was just gaining popularity as a metal for coinage was to provide the answer.

By the Order in Council and Proclamation of 11 November 1869, and by local laws, the penny and half-penny made of cupro-nickel were authorized to be struck for use in Jamaica. They weighed the same as the English coins of similar value, but had the Jamaican coat of arms on the reverse. As the British silver coins were accepted, there was no need for higher denominations of Jamaican coinage.

The pennies and half-pennies minted in 1869 constitute the first truly Jamaican coins. In 1880, the range of denominations was extended when a farthing was introduced. In 1937, when the worn coins were being replaced, the metal content was changed to nickel-brass. By this time, old fears and distrust had disappeared and there were no problems associated with this change. The farthing, first issued in 1880 was issued for the last time in 1952.

Alterations in the designs of these first Jamaican coins were made when British sovereigns changed, the sizes were reduced in 1937 and an up-dated version of the coat of arms was used in 1964 following independence in 1962. 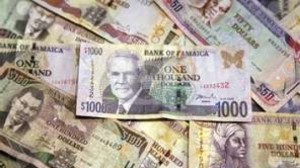 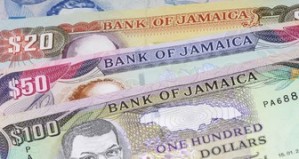 This entry was posted in Histronomics and tagged bank of jamaica, jamaica currency. Bookmark the permalink.