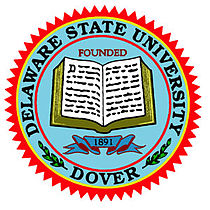 Analysis: Delaware State University needs approximately a $1.2 billion endowment for all of its undergraduates to attend debt free. The school is located in Dover, DE and is the only HBCU in the state. Although the states demographics lend to over 20 percent of the population being African American, it should be noted that the state itself has less than 1 million citizens. This means DSU must rely heavily on recruiting from outside of its state borders to build its population. Delaware is surrounded by Maryland, Pennsylvania, and New Jersey. The latter presenting a prime opportunity since it does not actually have an HBCU located within its borders. Delaware State University because of this could become more integrated with that reality and offer “in-state” tuition to those citizens in New Jersey. Especially, given the presence of cities like Newark, New Jersey which have a strong African American population and have the potential for sound social and economic ties to Delaware State University. The state of Delaware itself is the legal “home” to more than 50 percent of U.S. public companies and two-thirds of Fortune 500 companies. Being a prominent state of where companies set up their legal home suggest a revenue opportunity is available to Delaware State University and its alumni to create programs and services to existing companies and forming companies. With an endowment just over $20 million the university is sitting in an economic hub of sorts and access to the New Jersey population could easily make a run into the top ten HBCU endowments. It does face increasing dangers of trying to become too ethnically diverse and could lose its HBCU appeal. This red flag is primarily because of the unknown data as of yet as to just how committed non-African American alumni are as donors to their HBCUs. There is much to like about the direction of the endowment situation at Delaware State University but there are some concerns for a school in a state with limited in-state population unless it becomes more creative in recruitment.

This entry was posted in Philanthropy and tagged delaware state university, endowment, HBCU. Bookmark the permalink.

One response to “The HBCU Endowment Feature – Delaware State University”