The Tupac Doctrine: A Strategy For HBCUs Taking Back Social Capital From PWIs 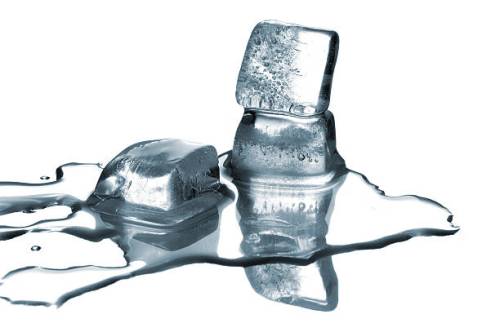 “He will win who knows when to fight and when not to fight.” – Sun Tzu

Unapologetically for African America and its interests. This is the message that HBCUs needs to send its own community.  After all, this is the message the European American citizenry of the United States has always made clear to their population since the Europeans arrived on occupied land and it continues to be the message it has laid in its policy when it interacted with the rest of the world. Their social, economic, and political interest were first, second, and third priority and they would build and defend those institutions at all cost. The only time others are welcomed to be a part of their institutions is if they are serving to enrich their interests.

It is no secret that HBCUs since desegregation have seen a rapid decline in the opinion of African Americans who sought the perceived colder ice of America’s historically white colleges and universities. Currently, between 10-12 percent of African Americans college eligible choose HBCUs. The reasoning that if you could get inside, then you too would enjoy the spoils of association with whiteness and if we all just tried hard we could get our fair share of their pie. We bought into the idea that access for 1 out of 100 at the expense of the 99 is progress.

Unfortunately, at every turn HWCUs seemingly have outmaneuvered us with resources while siphoning many of our best and brightest minds for their academics and best bodies for their sports, all while maintaining a firm grip on the power their institutions wield.  They have sold African America a lie of inclusion, when in reality nobody can include you without relinquishing their own interest – something that over and over is clear they will not do without a fight. The better question is why have we so long been naive to this reality. Our invite into their institutions has been nothing more than a misdirection of us being occupied by access to them, while systemically ignoring and destroying our own institutions without so much a shot being fired. They have in fact used our desire to have access to their love and affection as Ossie Davis said once to manipulate us into continuing to keep their institutions as that which we should all strive to achieve and pursue.

In fact, specifically to the fact of higher education and HWCU consumption of African America’s intellectual capital for its own gain, it has been utterly fascinating as HWCU/PWIs have tried to create almost a bubble of an HBCU on their campus to appease their chosen “few”. Everything from a welcome mat of the Divine 9, Black Student Organizations, to in the case of the University of Virginia’s Black Alumni Weekend. Irony of sorts given the school’s recent hosting as well of white supremacist groups on their campus. Yet, despite all these wonderful packages and smoke and mirrors at the end of the day there is no denying that African American students face hostilities by their mere presence that they would not face at institutions built for their interests and by their forebears.

Here is a snapshot of recent racially charged events on the campuses of PWI/HWCUs:

The first five of these events have happen within the past eighteen months at the time of this publication and by no means the only as the history of racial incidents at HWCU/PWIs is littered with enough it would require an encyclopedia to catalog them all. Now, in fact historical incidents of racial strife at white colleges is used as good PR for them as a sign of their progress in racial justice that these incidents are of the past and that those African Americans were “trailblazers” of sort making the world a better place by forcing institutions to deal with their outwardly blatant prejudice and disregard for African America empowerment. However,  where do you not see racially motivated incidents in the history books or present media? At HBCUs, not even toward white students who are at HBCUs do we hear such claims of verbal or physical abuse being experienced.

HBCUs, HBCU alumni, and HBCU support institutions need to stop being quiet about this. It is time to take a page out of one of the greatest diss record’s of all-time by noted hip-hop legend and Pan-Africanist, Tupac Shakur. The record, Hit ‘Em Up, was directed at his bitter rival Christopher “Biggie” Wallace, but certainly not limited too him as those even around Wallace would feel the ire of Tupac’s ire in the song. During the song, Tupac put the niceties of subliminal lyrics and instead went straight after his enemy with a visceral barrage of lyrics in layman’s vocabulary that left nothing to the imagination of his grievances with his rival.

The HBCU community must stop playing nice about the recruitment of African American students and let them know who truly represents their interest versus those who just want them for appropriation. Perhaps HBCUs do not want to muddy themselves directly publicly with such a campaign, but it is clear that HBCU support organizations and something along the line of creating HBCU PACs could be formed to run campaigns that spell it out bluntly for this new generation of potential HBCU students. Explaining to them that even if you gain access to the academics, simply put, we are still excluded from the power because those institutions were not built to serve our interests. That we have instead found ourselves on academic plantations where the board of trustees, major donors, and the power structure that is remains rooted in the interest of European Americans whom it was built to serve. For this, we can not fault them because they are looking out for their interests. However, where we can be faulted is not looking out for our own interest and ensuring that African America understands African American institutions like HBCUs, communities, businesses, etc are here to do just that. If it means continuing to point out just how blatantly PWI/HWCUs have and continue to use us, then so be it.

An HBCU is a place where an average student can still be great because they are not walking into a classroom having to uphold the entire race. They are allowed to have the emotional and mental space to be and grow into themselves. Things like this need to be continuously reminded to African American parents and potential students and if it must be done juxtaposition against the pains of African American students at PWIs, again then so be it. Oh, and we do not need a Black Alumni Weekend, we just call it Homecoming. Hit ‘Em Up and put a flamethrower to their ice.

This entry was posted in Editorial and tagged charlottesville, HBCUs, PWI, tupac shakur. Bookmark the permalink.